To most people Colombia continues to be an unknown quantity, a country which has done its violent image few favours in the past. However the country’s well publicised peace process and move to end a stubborn insurgency against FARC rebels has dominated the media and optimism has surrounded the country’s political environment.

What few people in the Australian business community realise is that Colombia has been experiencing an economic miracle in the past decade. The overall macro figures and overall key gauges paint a positive picture for the country’s long-term outlook. Between 2005 and 2016 the average annual growth rate was 4.3% and it outpaced its neighbours to become Latin America’s fourth largest economy. This is also reflected in the country’s capital markets which are valued at $93.49bn and moved to become the fourth biggest market in Latin America behind traditional heavyweights Brazil, Mexico and Chile.

Colombia’s credit rating has also seen strengthening during this time, with Standard & Poor including it in the BBB club.

“We raised our long-term foreign currency rating because of the strengthening pillars underpinning Colombia’s economy, which have reduced its vulnerability to external shocks and enhanced its capacity for stable long-term GDP growth “

This growth and positive general outlook can be explained by successive Colombian governments who have shown a commitment to free trade and an open and transparent business environment. In 2013 the Organisation for Economic Cooperation and Development (OECD) invited Colombia to begin the process of accession into the OECD. The consensus is that if reforms continue at their current pace then Colombia will be only the second South American country to join the organisation by 2017. This represents a massive turnaround for a country which was on the verge of becoming a failed state in the 80’s.

Sustained economic reform has also made Colombia one of the friendliest and easiest places in the world to do business. It is the third most business-friendly country in Latin America and first in the region for investor protection. The country’s strategic geographical location, with access to both the Pacific and Atlantic makes it one of the most unique in the continent in that aspect. The Santos government has started to leverage its access to the Pacific by building more ports in key corridors and by opening pathways for Colombian goods to reach Asian-Pacific markets. It is also a core member state of the Pacific Alliance and its aim is to continue opening trade links through the Pacific. The Pacific Alliance means that Colombia is now connected to 45 countries and 1.5 billion consumers, including the United States, Europe, Asia, Latin America and the Caribbean.

Recently ACI Medellin, an agency promoting investment in Colombia, have been touring Australian cities with the aim of promoting the city of Medellin to Australian investors. A lot can be said about this innovative and thriving hub which now markets itself as the continent’s start-up capital. In fact it was awarded the title of ‘Most Innovative City’ in 2013 beating traditional heavyweights Tel Aviv and New York for the title. A large part of this innovation is the city’s a strong commitment to education with over 41 higher education providers in the metropolitan area.

The main sectors driving growth in Colombia include manufacturing, agribusiness, mining, oil and gas and services. With Australia now on the wrong side of a mining-boom, many Australian companies are in ideal position to reinvest their know-how and operational capabilities in a country which invites and protects foreign investors in the sector.

Get in touch to book an introductory call and kick-start your international expansion today. 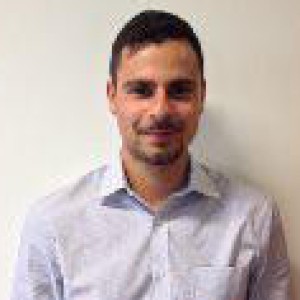 Chris is a Law/International Relations graduate from La Trobe University who has recently joined Dearin & Associates as a Trade & Economic Research Intern. With a deep appreciation for foreign cultures, Chris chose to couple his passion for International Studies with his interest in legal and regulatory frameworks. Chris’s primary passion is the MENA region where he maintains a lifelong interest and a strong family connection. Being of mixed Egyptian and Assyrian parentage, he is well equipped to identify the cultural barriers which Australian firms are likely to encounter when venturing into MENA markets. Chris has sought to represent both the Coptic and Assyrian communities through various community engagement programs in order to foster cross-cultural understanding among the broader Australian community. In undertaking this internship, Chris is seeking to build practical business skills whilst also converting his unique knowledge of the MENA region into tangible business outcomes for clients. He speaks both Arabic and Assyrian.

We’re excited to hear that you’re considering expanding your company internationally. Let us know that you’d like to learn more about how we work by filling out the form below.