With confidence seeping out of China and despair deepening in Brazil, Argentina isquickly emerging as one of the brightest spots among the world’s larger emerging markets.

Rejuvenation is the name of the game in Latin America’s third largest economy, as newly-elected President Mauricio Macri is quickly reversing a decade-plus of failed policies and poor economic management in one of the world’s most potential-rich countries.

Closing in on his first six months in office, Mr Macri has lifted capital controls, freed the exchange rate, raised interest rates and sacked thousands of budget-depleting public sector workers – all in the name of getting the USD 600 billion economy back on track.

Capping off these reform efforts was Argentina’s triumphant return to international debt markets in April 2016, when the county raised USD 16.5 billion in what was the largest-ever sale of emerging market debt. Investor demand was overwhelming and the issue was several times oversubscribed.

Foreign investors and businesses are once again taking a serious look at the vast opportunities available in this large and fairly well-developed market.

Despite this promising news, however, many challenges remain to reforming Argentina’s long isolated and abused economy, and none of them will be easy to resolve.

Mr Macri prevailed in a runoff over rival Daniel Scioli – candidate of the ruling Peronist party – in November 2015’s general election, beginning the country’s shift away from the leftist and often confrontational policies of the husband-and- wife Kirchner combo who had ruled Argentina since 2003. He became the first democratically-elected non-Peronist and non-radical president in a century.

His inheritance from former President Cristina Fernandez de Kirchner was a relatively weak one. Mr Macri assumed control over an economy in recession, a discontented and increasingly impatient population hungry for change, and a tattered and inward- looking foreign policy firmly planted in the last decade of the continent’s ideology- fueled leftism.

Ms Fernandez pursued a scorched-earth policy on her way out of the Casa Rosada, signing a decree boosting government spending by USD 14 billion and naming a cluster of new ambassadors in her final days.

She also left the new administration with the biggest budget deficient Argentina has seen since 1982, inflation approaching 25% and dangerously depleted foreign exchange reserves.

The Kirchner era was defined by a convention-be- damned attitude toward international norms and opinion, not to mention rational economics. The country had been in technical default and unable to access sorely-needed international credit markets since July 2014, when an interest payment of USD 13 billion on restructured bonds was missed – the latest episode in a long-running and complex debt saga dating back to Argentina’s 2001 default.

Mr Marci has worked to bring this long-running dispute to a negotiated close, rightly noting that being shut out of international credit markets limits Argentina’s growth potential. International isolation has already cost the country USD 100 billion in lost opportunity as well as two million jobs, he says.

A lack of credit and finance was exacerbated further by his predecessor’s penchant for populist spending, further contributing to double-digit inflation.

A sea-change in style and attitude

Change is now in the air. In his first Congressional address as president, Mr Macri defined the reign of his predecessor as one filled with “anger, resentment and scapegoating”, plagued by a “lack of planning and responsible thinking” as well as ”corruption, sloth and incompetence.”

Mr Macri has not only signaled a more internationalist, conciliatory and pro-business tone, but has also put a strong supporting cast in place to facilitate reform. His economic policy team made up of former executives, financiers and economists has been called “one of the best in emerging markets”, and the appointment of Susana Malcorra – a former aid to UN Secretary General Ban Ki-moon – is a promising signal of Mr Macri’s support for multilateral diplomacy.

He has signaled stronger ties with the oft-vilified United States – recently welcoming US President Barack Obama to the Casa Rosada – and Europe, and has also considered the suspension of Venezuela’s membership of Mercosur for not upholding the six-nation grouping’s democracy clause, an unthinkable threat during the Kirchner era.

Rough but navigable seas ahead

Many of the right moves have been made so far, but Argentina needs to swallow some bitter medicine if it to successfully emerge from isolation and restore both economic and political stability.

Mr Macri will need the support of his people along the way, and needs to convince them that painful but necessary and inevitable steps have to be taken at some point. He has positioned his actions simply: either endure a period of economic austerity until the country is again creditworthy and economic growth is restored, or endure runway spending and inflation that will eventually cripple the economy. A glance north at Venezuela is illustrative at what the latter’s endgame could look like.

This is a challenge not to be dismissed, considering the hefty ideological baggage left over from the country’s last brush with economic liberalism in the 1990s. Then, a lack of spending restraint led the economy into default, currency devaluation and a general distrust of American-led international finance.

Time will tell whether public opinion can relegate this poor past experience to the dustbin of history once Mr Macri’s honeymoon period is over.

Though rough, the seas ahead are navigable. Argentina is indeed hoping to raise a large amount of foreign funding, but appetite is obviously there judging by the success of its recent bond issue. Argentina’s enviably low amount of current leverage at just 25% of GDP – perhaps the silver lining from years of international isolation – should also be attractive to foreign investors, given the current debt environment around the world.

The county’s agricultural riches – including prized beef and seed production – its manufacturing sector, and its young and educated population are all attractive to foreign investors.

Three quarters of Argentina’s mining potential is unexplored and its energy potential is immense. The country is the world’s largest producer of unconventional energy outside of North America, sitting on the world’s second largest shale gas reserves and fourth largest shale oil reserves. Tapping this potential would expand an already healthy trade surplus by reducing the need to import around USD 5 billion in energy each year to plug domestic production gaps.

Naturally upset by seeing their purchasing power chipped away by sky-high inflation, Argentines demanding pay raises pose a potential problem to bringing inflation under control. A recent agreement with teacher’s unions resulted in a 32% salary increase, for example, and could set a reference point for future union negotiation.

On the trade front, Mr Macri has already scrapped or reduced export taxes on a number of agricultural products, and, more importantly, lifted capital controls, allowing the market to determine the peso’s value. Despite a 30% initial dip, exchange rate volatility has been milder than could otherwise have been expected as markets understood that this was a necessary step toward reform.

More broadly, Mr Macri has an opportunity to lead a resurgent effort to conclude long-running free trade talks between Mercosur and the European Union as part of his efforts to reverse years of protectionism. He may find a willing partner in neighbouring Brazil, who have been attempting to revive talks or even go it alone and negotiate a unilateral agreement with Europe, and may now be encouraged to pursue the opportunity in the name of revitalisation and shifting attention from the country’s political issues.

The proof is in the pudding

Promising steps have been taken by Argentina’s new administration, in many cases a lot faster than observers were expecting, and the international response has so far been encouraging as investors take a serious look at the new Argentina.

Proctor & Gamble plans to invest over USD 50 million in the country over the next two years to modernise and expand its local operations, for example, and General Electric plans to support increased power generation and energy diversification efforts.

Economists predict the first trade surplus in years in 2016, forecast at USD 6 billion, helped by a downturn in imports from a depreciating peso and sluggish private consumption. Barclay’s expects 3.5% growth in 2017, following a slight 1.1% contraction in 2016.

While the proof will be in the pudding, the future is once again bright for South America’s second-largest economy.

Get in touch to book an introductory call and kick-start your international market entry strategy today. 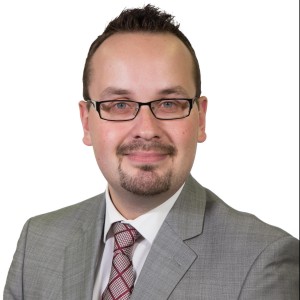 Niels is an Associate at Dearin & Associates and Head Research Manager at the Export Council of Australia. He researches international market opportunity and helps business access it. He is a keen observer of international events, lectures intermittently, writes on political risk and is involved in a number of public and private sector initiatives to boost engagement with and between emerging markets.

Niels is an Associate at Dearin & Associates and Head Research Manager at the Export Council of Australia. He researches international market opportunity and helps business access it. He is a keen observer of international events, lectures intermittently, writes on political risk and is involved in a number of public and private sector initiatives to boost engagement with and between emerging markets.

Everything you need to know about taking your business global in 2021 and beyond.

At my company, we spend our time helping other companies...

Interested in expanding your business internationally and learning more about...

Interested in expanding your business internationally and learning more about...

Get the latest insights into international market entry.