Fancy a pint of Guinness to drink? The dark Irish beer is available across the world. So almost any country you travel to on business, you can find a bar selling a pint of the black stuff. This is because Guinness is no longer a family owned brand but part of the multinational Diageo drinks group. Diageo’s business practices and in particular its transfer of profits from UK sales to the Netherlands have come under scrutiny from the British tax authorities. The result is that the company may have to pay an additional £107 million in tax. Diageo is not the only seller of a dark drink to get into trouble for its tax affairs. The coffee giant, Starbucks, has also faced similar scrutiny and demands to pay more tax.

The amount of tax a company pays is fast becoming a central ingredient in the mix of factors that make (and break) a company’s reputation. This is not just a issue that impacts large multi-national companies. Although, several other well known companies have faced the same scrutiny and pressure over their tax affairs including Google, Amazon and Apple (who were forced to pay U$13 billion by the Irish government in back taxes). The focus on the amount of tax a company pays started in a sector that produces another black liquid – the oil sector. The sector has been grappling with this issue for nearly two decades and is now subject to legal requirements to publish tax payments on country-by-country and project basis.

Demands for transparency are spreading…

…to other sectors, to smaller companies, beyond tax information and to almost every corner of the globe. Whatever you sell and wherever you sell it, you are now more likely to encounter scrutiny over transfer pricing practices, your tax payments and also who really owns the company. SMEs are not immune from such scrutiny and they do not have to be drinks companies, high tech or in the energy sector. Small companies that sell goods and services to larger companies, to large projects or to the public sector may be asked to prove that they pay their fair share of taxes and do not engage in aggressive tax planning. Where a project is funded by a multi-national or bilateral aid agency such as the World Bank or the UK’s DFID, contractors and suppliers likely to be asked about their tax policy and to disclose the real (beneficial) owners of the company.

There is an opportunity here. Smart companies can use greater transparency to reinforce their reputations. They can demonstrate they act ethically, are socially responsible and are making a tangible contribution to the communities in which they do business. Transparency is a crucial part of creating and maintaining a licence to operate in a market.

So how can companies take advantage of the opportunity presented by increased demands for transparency?

Do not ignore the issue and hope it will go away

It will not. Demand for transparency is here to stay and grow. Companies need to engage with the issue. This requires leadership and devoting management effort, time and finance to engage and contribute in a meaningful way. This includes understanding the full implications for your business and your sector. Substantive and serious engagement will allow you to shape the debate rather than react. The extractive sector reacted too little, too late and therefore were not able to shape the debate and put across their position. They were portrayed as being against transparency, which was not always the case.

If your sector is viewed as being secretive or known for aggressive tax planning, this will have an adverse impact on your company’s reputation. You risk getting painted in the same colours as others in your industry.

Know what you can and cannot disclose

More transparency does not mean that you have to reveal all your trade secrets and proprietary information. It is about your customers, regulators, suppliers and other stakeholders knowing who they are really doing business with and who they are allowing to operate in their country. Companies need to have a very clear position on what information they are prepared to disclose and this should be backed up by evidence.

You do not have to face this issue alone. You can get support from your peers, companies in other sectors who have managed this issue or facing the same pressure, trade associations and in some cases your home government.

Simple slogans, such as “we support transparency” or “we pay our taxes according to the law” do not translate into easy implementation and can be insufficient. None of the companies mentioned above have broken the letter of the law but they have damaged their respective brands.

Get in touch to book an introductory call and kick-start your international expansion today. 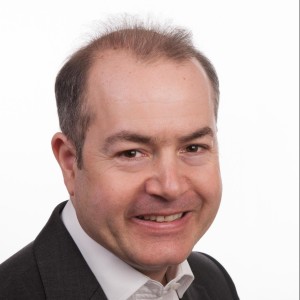 Michael Barron has more than 25 years experience analysing, living and working in the Middle East and North Africa including engagement at the highest levels of government. He has more than 12 years experience working as a government and public affairs manger for the major gas company BG Group with assignments in Egypt, Oman and on the Gaza Marine project. He also has an in depth knowledge of transparency issues, particularly the Extractive Industry Transparency Initiative (EITI) and EU legislation in this area. Michael studied Arabic at the University of Edinburgh, including spending time in Cairo. He has also worked for Middle East Broadcasting, Control Risks Group and Eurasia Group. Michael has particular expertise in country entry (and exit) and navigating through complex political situations.

We’re excited to hear that you’re considering expanding your company internationally. Let us know that you’d like to learn more about how we work by filling out the form below.